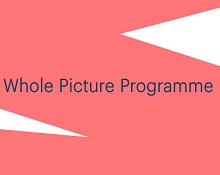 The charity estimates that mental health problems including staff turnover cost the sector at least £300m in losses each year.

The programme’s structure will comprise the Film and TV Taskforce on Mental Health, a steering group and several working groups. The two-year scheme aims to deliver:

• A toolkit for mentally-healthy productions

Alex Pumfrey, CEO of the Film and TV Charity said: “Thanks to the extraordinary commitment of our funders, this programme of work for better mental health is now moving into gear.

“It has been a devastating year for many people in our industry, and it’s clear we cannot afford to return to ‘business as usual’. Our 2019 research showed a mental health crisis in the industry, which has only been exacerbated by the terrible effects of the pandemic.

“The case for improving the mental health of the industry has never been stronger or more urgent. This programme of work is designed to turn the tide on poor mental health by enhancing the available support, changing behaviour and improving ways of working; but this will need to be an industry-wide effort to create sustainable change.”

The programme was developed in response to the charity’s research, conducted last year with more than 9000 people participating, and released in February. The project was put on hold for six months while the charity concentrated its resources to responding to Covid-19, raising £6.4m and supporting thousands of workers with a range of grants and financial and mental wellbeing services.

The Film and TV Charity will continually monitor membership of the groups over the 2 years of the programme to ensure that representation is drawn from a diverse range of experiences and backgrounds.

Pumfrey added: “As we get started with this programme we are looking forward to working with our colleagues across the sector, particularly the many industry bodies with whom we share a concern for the mental health of the workforce – and a desire for better ways of working. Our hope is that this programme can support other aligned work, and that together we can create an unstoppable movement for change.

"None of this would have been possible without the foresight and commitment of our generous funders and Taskforce members Amazon Prime Video, Banijay UK, BBC, BBC Studios, the BFI, Channel 4, IMG, ITV, Sky, Sky Studios, Sony Pictures Entertainment, The Walt Disney Company, ViacomCBS and WarnerMedia, and the support of our strategic partner Mind.”

Emma Mamo, Head of Workplace Wellbeing at Mind, said: “This year has been a difficult one for us all, which is why it’s never been more important for employers to invest in promoting and prioritising employee wellbeing. Unfortunately, self-employed people, freelancers and those in the film and TV industry are amongst those hit hardest by coronavirus. That’s why we’re pleased to be supporting the Whole Picture Programme, which will provide much-needed resource and support to the many experiencing poor mental health in the sector.”

For anyone interested in the Whole Picture Programme, the Film and TV Charity will be holding an introductory event next month. Click here to be the first to hear when registration opens.