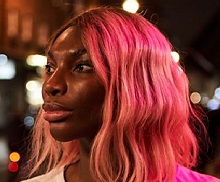 The new figures are collected from a deep dive into BAME data by CDN’s Diamond diversity monitoring and reporting system, used by all the UK’s main broadcasters.

The comprehensive data are based on 30,000 survey responses from workers in the UK television industry, and covers areas such as genre, seniority and type of role, primetime vs other content, and representation by different BAME groups.

The report reveals that contributions to programmes made by BAME people working behind the camera fall below 10% in most senior roles.

2.4% of production executives, 4.4% of series producers, 8.3% of heads of production and 9.3% production managers identify as BAME. 1.6% of writers working in UK TV identify as black, with BAME workers making 12.3% of contributions to programming. 12.8% of the UK population is classified BAME.

The data also showed a serious shortfall in representation in background ‘craft’ roles. Fewer than 5% of roles in costume and wardrobe, hair and make-up and set design are filled by those from a BAME group, and fewer than 10% of programme contributions in sound and post-production.


There are so few BAME contributions being made in lighting and set crafts, that CDN was unable to publish the data on these departments. Only camera work came close to true representation in behind the scenes roles, with 12.5% of camera operator roles filled by people from a Black, Asian and Minority Ethnic background compared with 12.8% of the general population.


Deborah Williams, chief executive of the Creative Diversity Network, said: “In spite of advances, it’s clear from the Diamond data that the UK TV industry has a long way to go before it is genuinely representative of its viewers, and particularly in the off-screen and senior working opportunities it offers to people from different ethnic backgrounds.

“While we applaud the efforts broadcasters and producers have made to improve on-screen representation, the industry must match this by taking meaningful and sustainable action to increase off-screen diversity.”