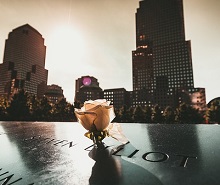 The documentary will narrate the story of the two hours during which three unprecedented attacks took place on the Twin Towers, the Pentagon and Flight 93. It will recount a parallel story of how the lives of those involved were changed forever.

Clare Sillery, head of commissioning, documentaries, history and religion, said: “This film takes a new and different look at an important subject matter.

"All of our lives changed because of the events of 9/11, but for those who were there the effects are long lasting and deeply felt. The core cast of this film have not spoken publicly before. By looking at what happened to them on the day and their lives 20 years on, we can see how the shockwaves of that event still reverberate in profound ways today.”

The ninety-minute film will unfold almost in real time, using personal contributions from those who were present and personal and public footage taken on the day.