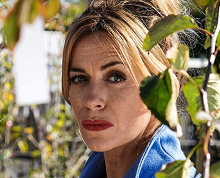 Myles’ company, Empty Room Productions, which she set up in 2019 with Adrian Bate and Pip Broughton as sister outfit to Keeping Faith producers Vox Pictures, is making the film with Fulwell 73.

Based on a true story, Dragged To Church (w/t) tells of a Welsh community that hosted a drag show to raise vital funds to repair their church.


The Reverend contacted the local LGBTQ+ radio presenters to ask for their help, and the result was a Christmas drag show and concert.

Myles said of the project: “This story came to me after I’d just opened up my production company. I was looking for something that was unique and life changing, that stuck out and after I had a chance meeting with two members of the fundraising community behind this story I knew I’d found the first feature project I was going to make.

"This story is not just about the LGBTQ+ community or the religious community, it’s about hope, about coming together against the odds, about human beings getting out of their comfort zones, doing terrifying things, challenging themselves and their thoughts and being better for it.

“The underlying message is: if someone needs your help, please try and do what you can, even if it’s unconventional and takes you a million miles out of your comfort zone, it’s going to be exhilarating, terrifying... it might even change your life!

Myles has just finished filming the third and final series of Keeping Faith in Carmarthenshire; no filming dates have been set yet for Dragged To Church.