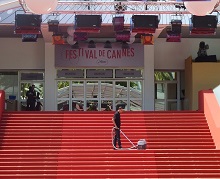 The temporary resource will offer up to £25,000 per company with National Lottery funding to help those UK film sales companies that need business resilience support. The fund is open from today (6 July) for four weeks and is aimed at covering costs that cannot be met by the government or elsewhere.

The suspension in production and the cancellation of a swathe of film markets and international film festivals has had a drastic impact on film sales companies, which make a large part of their revenue from attending the world markets events.

The shift to online iterations – such as the recent Cannes festival – means the sales outfits must swiftly adopt new methods of marketing, selling and acquiring product, which often incurs expenditure on new digital and IT processes.

Ben Roberts, chief executive of the BFI, said: “We are committed to supporting the Government’s ambitious export targets and ensuring a globally competitive UK film market. As a vital part of the value chain, sales companies connect a film with a global audience, and deliver back to the rights holders the resulting international revenues.

“Enabling them to evolve their business model in this period of rapid change for the industry, so they can more effectively and efficiently marketing UK films in the competitive international marketplace, is paramount to their trading and our overall film landscape.”

More details can be found here.