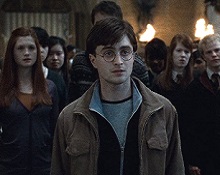 Seasoned film producer David Barron is to make a long-form TV adaptation of A Treachery Spies, from the novel by Manda Scott.

Barron’s production company BeaglePug Ltd and Enriched Media Group have secured the rights to the historical thriller, which starts with a murder in 1940s WW2 France before moving to present-day investigations by a haunted female detective.

A Treachery of Spies is the second of Scott’s espionage thrillers to feature Detective Inspector Inès Picaut and will be the first to be adapted.

The novel, part of a trilogy, was published by Transworld Publishers, a division of Penguin Random House, in 2018 and won the McIlvanney Prize for Best Crime Novel in 2019.

Barron said, “Seeing the impact of the crime through the eyes of Inès, an ordinary woman with unique skills, only highlights how extraordinary the events were. I’m thrilled to be adapting this wholly distinctive piece of European IP for the global market.”