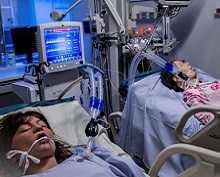 Lifecast, based at Elstree Studios, began making medical manikins around three years ago, for research, training and education within health organisations.

David Halliwell, director of Lifecast Body Simulation, said: "The work we are undertaking recently has been to support the education of clinicians by ensuring that NHS teams are prepared for ‘surge’ capacity in the coming weeks. It is a great privilege to be able to help in this way."

The company’s previous film credits include Kick-Ass, Beauty and the Beast and Kingsman: The Secret Service.

Managing director of Elstree Studios, Roger Morris, said: "The film and television industry has many transferable skills and Lifecast demonstrate how these film and TV creative skills can help the health industry generally and especially at this terrible time. Their initiative is fantastic and we applaud them." 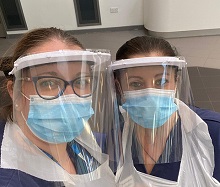 A branch of Lifecast, Life3D, is using 3D printing equipment to produce PPE for key workers. Gracie Schoonrad, who co-runs Life3D, explained: “It all started with an online article. Somebody was suggesting 3D printing parts for ventilators and PPE for patients and frontline workers.

“Until this time, we were feeling pretty useless, other than staying at home, there was nothing else we could do to contribute to the ‘war effort’. We don’t have any nursing or healthcare qualifications, but what we do have are multiple 3D printers and the team use them day in and day out as part of their artwork.”