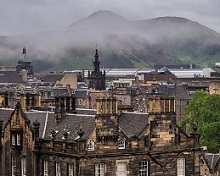 The stats cover Edinburgh, East Lothian and the Scottish Borders during 2019 with the total revenue boost being £14.4m from 340 filmed productions.

The hefty contribution from scripted projects across features and high-end TV drama came from titles such as Fast & Furious 9, which employed 1440 locals including around 850 supporting artists as well as a wide range of crew, service-providers, facilities, transport and accommodation.

Filming on Fast & Furious 9 took place over 19 days last September across 11 parts of the city, with a further 68 days prep and strike. In total, the economic impact of the film to the city of Edinburgh was £5.2m, nearly a third of the overall total for scripted content.

Rosie Ellison, head of Film Edinburgh, said: “The figures for 2019 are testament to Edinburgh’s production workforce, the region’s film-friendly attitude, and the fantastic range of locations within a short distance of Scotland’s capital city.

“With a film studio on the horizon, we can look forward to more consistency within the film & TV employment market and more opportunities for our local economy to benefit.”

Other projects to film in Edinburgh during 2019 included: Will Ferrell’s feature Eurovision; Julian Fellowes’ drama Belgravia (which used various locations to double for London); Outlander 5; Vera 10; Elizabeth is Missing and The Princess Switch 2.