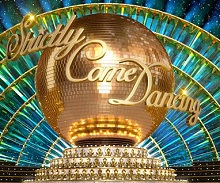 BBC Studioworks is continuing its partnership with Elstree Studios for another four years, until at least March 2024.

Studioworks also sells studio ‘Elstree D’ (at BBC Elstree Centre) and post-production services to the market, and re-opened its operation at Television Centre in September 2017 where it runs a further three TV studios.

“This extension solidifies our presence in the London studios market and is testament to the success of our trusted partnership with Elstree Studios,” said Andrew Moultrie, CEO, BBC Studioworks.

“Since our expansion at Elstree, we’ve achieved solid growth across our portfolio and continued to set the gold standard in studio operations - delivering many memorable productions together for our valued clients."

Shows delivered by BBC Studioworks from its Elstree facility include Strictly Come Dancing, Have I Got News For You, Pointless, The Crown and A League of Their Own.