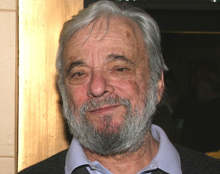 Olivier-award-winning director Dominic Cooke will adapt and direct the new iteration; his much-lauded National Theatre production of Follies in 2017 was revived earlier this year.

Cooke is better-known as a theatre director, but also helmed On Chesil Beach in 2017 and the BBC Shakespeare trilogy The Hollow Crown in 2016.

Sondheim (pictured) said of the news: “Over the years, there have been many attempts to bring Follies to the screen, but not until Dominic Cooke’s brilliant production at the National Theatre of Great Britain did it seem like it could be a real movie.

Heyday’s prolific output includes the Harry Potter, Fantastic Beasts and Paddington franchises, with a new Jack Thorne-penned adaptation of the children's classic The Secret Garden due for release in April.