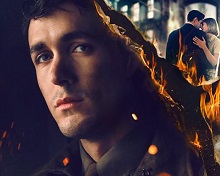 Created by Peter Bowker for Mammoth Screen, the series has the potential to run for several seasons, as the first run, comprising seven episodes, charted the first year of the conflict over a range of anthology stories from around Europe.

Mammoth Screen MD Damien Timmer said of the first series: “Our aim is to tell a properly epic, deeply characterful and intensely adrenalised story, shot through with Pete’s characteristic irreverence and humanity.

“A drama that pieces together the story of World War Two from the inside, that traces the connections between allies and enemies, an epic story told on a human scale."

Also confirmed as returning for a second series is the BBC Daytime detective drama, The Mallorca Files; filming begins this week.