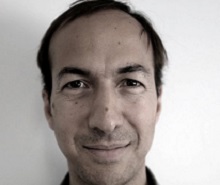 Independent film and TV producer Alex Boden has been appointed chair of the Production Guild of Great Britain.

Boden, who takes over from Guy Barker, said of the news: “I’m delighted to take on the role of Chair at a time when production levels are consistently rising.

"Our skilled crew are in high demand which is great news and the UK industry is working together to ensure we maintain our competitive edge in terms of production excellence.

“More and more crew are seeking the advocacy, training and networking support that PG offers and it’s more important than ever that we enable them to do their best work whilst championing their expertise behind the scenes”.

Boden is currently producing Netflix’ Cursed, a re-imagining of the Arthurian legend from Frank Miller and Tom Wheeler that began shooting in the UK in March this year.

The news about the hires come at a time when membership of the Production Guild has exceeded 1,000 for the first time in the two decades since it was founded in 1999.