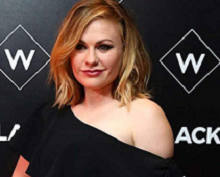 A London shoot is lined up for the second series of Flack, W and Pop’s comedy drama set against the backdrop of the celebrity PR world starring Anna Paquin.

Paquin said of the re-commission: “Many questions were left unanswered, shocking plot twists were dropped into our viewers' laps, and this season I can promise even more of the darkly comedic client dramas, as well as fascinating insight into the tumultuous personal lives of our exceptional ensemble of badass women.”

The series will be directed by Alicia MacDonald, Lansley and Moyer.