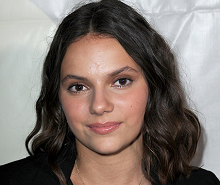 Filming gets underway this week on the second series of the BBC’s Philip Pullman adaptation His Dark Materials for BBC One and HBO.

The drama comes from Wales-based production company Bad Wolf with the five-month shoot based at its own facility, Wolf Studios Wales.

Series One wrapped filming at the end of last year, for BBC One and HBO.

Prolific writer Jack Thorne adapted the first run from Pullman’s first book in the His Dark Materials trilogy, Northern Lights. It is due to air later this year.

Bad Wolf is also in production on Industry, a drama set in the banking world, and the second series of A Discovery of Witches. Both hefty projects are based at Pinewood Studios Wales.

Earlier this year, it was announced that Bad Wolf had optioned the filming space at Pinewood for at least twelve months with the option of a further two years.