Tom and Jerry feature in production 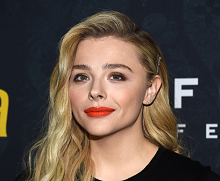 A live-action/animation hybrid feature based on the classic Tom and Jerry cartoons is now filming in the UK with Chloe Grace Moretz reportedly attached to star.

The film is produced by the animation’s original studio, Hanna Barbera, and Warner Bros. Tim Story – whose credits include Shaft and the Ride Along films – directs.

The famous cat and mouse duo was created by William Hanna and Joseph Barbera in 1940 and went on to star in more than 160 short films over the subsequent three decades.

Tom and Jerry is the latest in a hefty line-up of inward investment features in production in the UK now, alongside projects such as Fast & Furious 9 and Jingle Jangle.

Other films setting up to shoot later this year include The Eternals, Cruella and Eurovision.

More details, including dates, studios and key HoDs, on all these projects can be found on Production Intelligence. Non-subscribers can click here to request a free online demo.