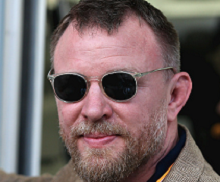 Following a lengthy shoot on Disney’s Aladdin last year, Guy Ritchie is back in the director’s chair as Toff Guys gears up to shoot in the capital later this year.

Ritchie also wears the producer’s hat for the film, which he wrote with Marn Davies and Ivan Atkinson.

The story follows a British drug lord as he tries to sell his business empire to a family of billionaires from Oklahoma.

Production Intelligence subscribers can log in for more details including the shoot dates and the names of key production personnel such as the co-producer, line producer, production designer and location manager.

Toff Guys is one of many major features currently in pre-production in the UK. Also gearing up are The Aeronauts with Eddie Redmayne and Felicity Jones, The Nest with Jude Law, Come Away starring David Oyelowo and Angelina Jolie, and the Elton John fantasy musical Rocketman.

Further details on all these films can be found on Production Intelligence; non-subscribers can click here for a free online demo.