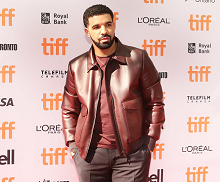 The third series of urban crime drama Top Boy is readying a summer shoot in London; Netflix has worldwide rights.

The show is created and written by Ronan Bennett, and executive produced by the original creative team – Charles Steel and Alasdair Flind (for Cowboy Films), Ronan Bennett (for Easter Partisan) and Yann Demange.

Also exec-producing this time around will be entertainer and producer Drake and his business partner Adel “Future” Nur, along with Maverick Carter and Jamal Henderson for SpringHill Entertainment.

Production Intelligence subscribers can log in for more details on Top Boy 3, including the shoot dates and key HoDs such as the casting director, line producer, production designer and production manager.

We provided exactly what the name suggests. Prop and action vehicles for movies, TV and photographic assignments. Any vehicle supplied on request. New York City… more Call: 020 8532 2211   |   Add to Shortlist

Auto Action Developments Ltd was founded during the making of SPECTRE by Neil Layton and Chris Corbould to handle all vehicle modifications required by stunt… more Call: 07879 883443   |   Add to Shortlist