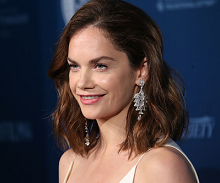 Actor Ruth Wilson’s family history is to be portrayed on the small screen in Mrs Wilson, a BBC One drama that is currently gearing up for a spring shoot in Belfast.

Wilson will portray her own grandmother, Alison, as she discovers upon her husband’s death that he had been leading a secret life.

Anna Symon has written the three-part drama that comes from Snowed-In Productions. It is executive produced by Ruth Kenley-Letts and Neil Blair for Snowed-In, Lucy Richer for the BBC, Rebecca Eaton for Masterpiece and Wilson herself. It is made in association with Northern Ireland Screen.

When Mrs Wilson was first confirmed by the BBC, Wilson said of the news: "I am so excited to bring to the small screen the extraordinary lives of my grandparents. Theirs is a profoundly moving story and the BBC is the perfect home for it."

Production Intelligence subscribers can log in for more production details including the shoot dates and key HoDs such as the line producer and production designer.

Northern Ireland has been hosting the lengthy shoot on US drama Krypton. The Warner Horizon production is the first to use the newly-opened Belfast Harbour Studios.