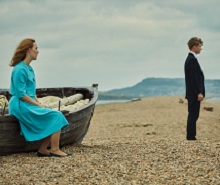 Both adaptations of Ian McEwan novels, On Chesil Beach and The Children Act shot key sequences across various London boroughs.

Dominic Cooke directs from McEwan’s screenplay, which centres on a young couple on their honeymoon in 1960s Dorset, reflecting on their childhoods and contemplating their future.

The titular stretch of sand in Dorset was a key filming location and the production had a base at Pinewood, but quite a few London locations were required.

In November 2016, around 100 cast and crew filmed at the Territorial Army Centre on King’s Avenue in Lambeth. This was followed in March by scenes using Lewisham’s Broadway Theatre. Other London locations seen in the film include exteriors along Gilbert Place, Bloomsbury. 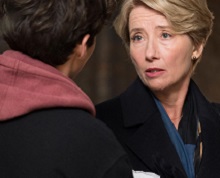 Also showing at Toronto is The Children Act, which McEwan again adapted from his own novel.

The feature began principal photography in October last year and was again based at Pinewood Studios.

London locations for The Children Act include Camberwell New Cemetery in Southwark, where a fake grave was dug by council workers. Around 75 cast and crew were involved in the scene, which used a drone and large crane to pan away from the funeral and reveal the City skyline in the background. 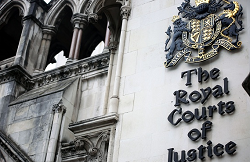 The production also filmed outside Vintry Court in Porlock Street in Southwark. Also used were Rigmore Rise in Forest Hill, the exterior of the Royal Courts of Justice, Gray’s Inn Square and the London Metropolitan University on Benwell Road in Islington.

Andrew Pavord of FilmFixer - which arranged the London location work on both shoots - said: “These are among the most highly anticipated premieres at this year’s Toronto Film Festival.

"It’s extremely gratifying to support the links between prestigious work such as this, acclaimed by the global film community, and the London locals who hosted it.”