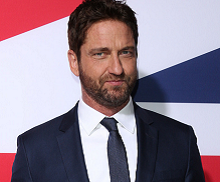 Angel Has Fallen, the third in the action thriller series starring Gerard Butler as Secret Service agent Mike Banning, is in the early stages of setting up to film in the UK.

The feature follows Olympus Has Fallen in 2013 and London Has Fallen, which shot in the capital in the winter of 2014. Butler is once again one of the producers on the film, in addition to starring.

Director Ric Roman Waugh is at the helm of Angel Has Fallen. ‘Angel’ is the classified call sign for Air Force One, the aircraft that carries the President of the United States.

Waugh, who is also a screenwriter, has recently finished directing gangland thriller Shot Caller with Nikolaj Coster-Waldau and Jon Bernthal.

Production Intelligence subscribers can log in for more details on Angel Has Fallen including the UK studio and production co-ordinator. Non-subscribers can click here to request a free online demo.