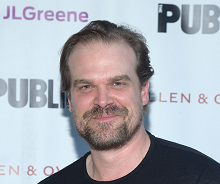 The forthcoming reboot of the Hellboy franchise is setting up with around a week of filming due to take place in the UK.

Most of the filming on Hellboy: Rise of the Blood Queen will be in Bulgaria but Bristol is set to host a small unit for around a week in early autumn.

Ian McShane is also set to appear in the film, playing Hellboy’s adoptive father, Professor Broom, according to news from The Hollywood Reporter.

The character has previously spawned two live-action films, both with Ron Perlman, in 2004 and 2008.
Mignola has been involved in the screenplay for the new film along with Andrew Crosby and Christopher Golden.

Production Intelligence subscribers can log in for more details on the UK crew involved.

Bristol has seen a rise in film and TV production over the last year, with £18.3m being injected into the local economy as the result of more than 1,000 filming days.