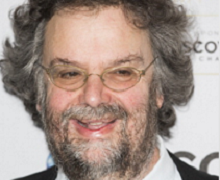 The drama is a hefty 6 x 60 for BBC Two and is set against the backdrop of the Cold War in the 1950s. It comes from Little Island, the production company which made the auteur’s last TV drama, Close to the Enemy.

The period drama is one of many scripted productions setting up to film in the UK this summer, including Benedict Cumberbatch’s Melrose and Netflix original commission The Innocents.