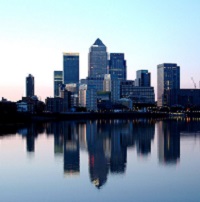 The schemes aim to identify new and emerging talent from across the capital keen to explore bold, creative themes and stories.

Short films from previous rounds have been shown at high-profile international festivals like Sundance, SXSW, Tribeca, Berlin and Edinburgh.

Previous alumni of the programmes, such as Alex Taylor (director of Spaceship) and Hope Dickson Leach (writer/director of The Levelling), have gone to work on feature-length projects.

Three of this year’s London Calling awards are specifically designated for projects from writers and directors from black, Asian and minority ethnic (BAME) backgrounds. These are in addition to four higher-budgeted London Calling Plus awards for BAME filmmakers with an existing track record in film, TV, radio or theatre.

Adrian Wootton, chief executive of Film London and the British Film Commission, said: “London Calling offers an exciting opportunity for new and emerging filmmakers to really make their mark, as demonstrated by successes like Balcony, Jacked and White Riot: London.

“While every new call for applications is a cause for celebration, I’m particularly pleased that this round will see us working even harder to support a greater diversity of filmmaking voices. This is incredibly important for our city and for our industry, and I cannot wait to be startled, challenged and excited by the applications we receive and the 20 films we ultimately make.”

London Calling and London Calling Plus are funded by BFI NETWORK, Creative Skillset and London borough partners Lambeth, Redbridge, Southwark and Waltham Forest. The awards are also supported by Performance Film and Media Insurance and Panalux.

The deadline for applications for both schemes is 25 July 2017. Click here for more details on how to enter.