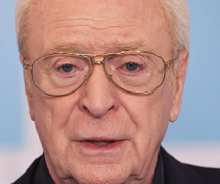 A feature film based on the real-life Hatton Garden jewellery heist of 2015 is now in pre-production with filming due to begin in late spring.

From Working Title Films, the project is directed by James Marsh from a screenplay by Joe Penhall, which is in turn adapted from Mark Seal’s Vanity Fair article about the audacious robbery.

The theft captured the imagination of the press and public when a group of experienced criminals of a certain age managed to drill their way into an underground safety deposit facility to get away with jewellery and cash worth as much as £200m.

Marsh's movie is one of several rival projects in development tackling the story, while Ronnie Thompson's The Hatton Garden Job opens in cinemas this week.

Michael Caine, Ray Winstone, Michael Gambon and Jim Broadbent are reportedly attached to star as the seasoned crooks in Marsh's version of the story. PI subscribers can log in for more details including the studio, shoot dates and key hires such as the line producer, location manager, casting director, production designer, production manager and production co-ordinator.

Working Title is as busy as ever, with several other major films in development or pre-production, including Johnny English 3 and Mary Queen of Scots, details of which are also on PI. Non-subscribers can click here for a free online demo.