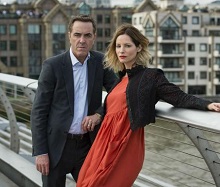 The second series of Stan Lee’s Lucky Man took in many London locations during its six-month shoot last year.

Filming began in June on the Sky 1 show which comes from Carnival Films and POW! Entertainment It once again sees James Nesbitt as flawed murder detective Harry Clayton who is bestowed with luck after being given an ancient bracelet.

The shoot took in locations across various London boroughs including Southwark, Lambeth, Lewisham, Haringey, Islington and Camden, whose film offices are managed by FilmFixer.

Southwark plays a major role, with a residential building in Southwark Street used for Clayton’s flat. A scene showing a person falling off a building was filmed at 53 Southwark Street, and the Mondrian Hotel on the South Bank’s Upper Ground plays a casino and a penthouse.

The sequence in which Clayton and his wife check into a hotel was actually filmed inside the Blue Fin building on the South Bank, which also played a hospital in the show. A scene showing a family boat trip was filmed from Bankside in Southwark (pictured below).

Lambeth hosted scenes including the boat setting off from Festival Pier, a character dying on Albert Embankment and a person staggering through a dark tunnel after a stabbing which was filmed on Miles Street.

Old Hornsey Town Hall in Haringey was used for a series of interiors. Camden provided the real-life backdrops of Bloomsbury Square Gardens, Senate House on Malet Street and John Street.

Lewisham’s Cold Blow Lane is used too, as is the borough’s Wilson Street on which a roadblock is seen before Clayton and his SWAT team jumps out of their cars and run through the traffic.

FilmFixer director Andrew Pavord said of the locations in Series 2: “London looks fantastic as a Stan Lee superhero backdrop – even better than in the first series. It’s been a delight to help out with this brilliant set of locations.”

The show’s executive producer Richard Fell said of the London-centric show: “London is a character in itself and we were very pleased the audience felt that it added to the texture of the series. Lucky Man is set in the heart of this really interesting, beautiful, vibrant city.

"It’s a city with multitudes of cultures, colours, sounds and smells, and the great mysterious Thames River running through the middle of it makes it the perfect setting for Lucky Man.” 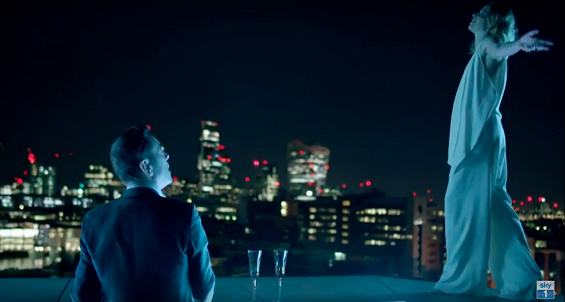 Producer Madonna Baptiste highlighted the challenges of filming in the capital: “With Lucky Man we have created our own version of the city; a heightened London. We pride ourselves that the series showcases the iconic landmarks of London, which of course brings its own challenges when it comes to filming a Lucky Man script.

“Each location requires advance planning in terms of permissions, street and crowd control, access for the location trucks and the setting up of a unit base.

"We also need to factor in that there will always be a number of feature films also applying for filming permissions at any given time as the capital is a very busy and sought-after location for film crews, as well as having year-round tourists visiting the city, not to mention the public going about their working days.

“Filming in the capital does take a lot of planning in advance of the cameras rolling. I am very proud of our design and location team, as they are extremely good at being well prepared for every eventuality when it comes to filming in very popular and public places.”

The show's creator Stan Lee stressed how important a role the city plays in the drama, saying; “London is like one of the show’s main characters. I can’t picture the story working as well, if it didn’t take place in London – it’s more than a city, it’s an entity that we all can share.”