TV Idents - The perfect marriage of picture, sound and idea

"TV idents provide a few seconds of magic that encapsulate the character and personality of the channel," says legendary graphic designer Graham McCallum.

"The trick is to try to create something that is intriguing enough to stand viewing many times without becoming annoying,” Graham McCallum says when asked what makes a good ident. The audio signature also plays a major part in establishing mood and familiarity, he explains, “so the ident designer’s ambition is to achieve the perfect marriage of picture, sound and idea."

These days several idents are completed at one time, usually around a shared idea and themed to express a 'mood' that relates to the channel brand.

“In the early days, you were asked to design just one,” McCallum says. “In the late 1960s, both BBC1 and BBC2 logos were mechanical models which ran 24 hours a day, at the ready with a remote camera on them. All the editor of the day had to do was hit a button in the gallery to go live.” 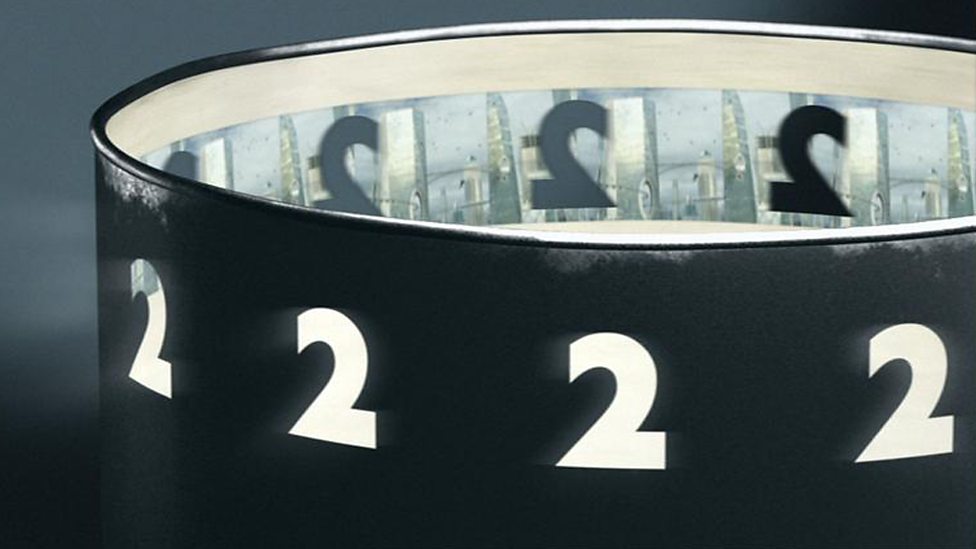 The difficulties of animating the logos on film or tape were that these needed a run-up period to get up to speed. They only became practical with the introduction of computer graphics.

Technology and the market have been transformed since, with the launch of hundreds of new satellite TV channels, as well as existing broadcasters expanding with channels such as BBC3 and Film4 - all with their own idents.

The huge choice of channels has highlighted the ident’s importance as a brand ambassador, but they are more than just reminders - they reflect the mood of an era and at times can even serve as an instrument for change.

Take the example of the 60s BBC2’s week of American television, which the broadcaster was keen to promote. “As the BBC2 was made of horizontal stripes, I had the idea of colouring them red and white, and adding stars," explains McCallum who was a designer for the BBC at the time.

This was probably the first time an on-screen logo had been used to promote content, and the corporation feared the groundbreaking design might lead to negative perceptions of the BBC as a brand. When it was eventually cleared for transmission, TV history was made, paving the way for the now common use of multiple idents.

CNN takes a turn for the iconic

Usually lasting just 30 seconds, idents offer light relief between shows and provide viewers with important information. At times, they can even send a message to the competition.

"The ident’s feel was borrowed from the stock market tickers and sports arena. It had to create a sense of urgency, with a constant stream of information being scrolled across the screen, including continuous Breaking News banners,” McCallum says.

The original design was adjusted slightly when it was revealed that many viewers were masking the scrolling news updates at the bottom of the screen, prompting the team to “de-clutter” the view with fewer visual distractions. The resulting CNN news channel aesthetic subsequently set the industry standard and was much copied.

Whether it is a typeface-only design which spins around, or a quirky animation using primary colours, TV idents are often expertly executed and designed by the most renowned names in the design industry.

They don’t just remind us of the channel we are watching but help shape the channel’s ethos and our view of it. They are there to encourage brand loyalty and their designs are celebrated within the creative industry.

The 30-second length is fertile ground for creative exploration giving rise to fresh, innovative and experimental avenues by the likes of design agency Lambie-Nairn or Channel 4's in-house agency 4Creative. Famous for pushing the envelope, the latter is responsible for the channel’s latest rebrand.

Built around live-action footage filmed in visually striking locations, the broadcaster's recent idents set out to go beyond telling people what channel they’re watching, to telling them why they’re watching it the first place.

Appropriately cinematic in style - with plenty of film references in the case of Film4 idents (see above and below) - the live-action segments now often abandon the traditional look and feel we expect from an ident. Instead, these intriguing creations show what the channel and its content stand for.

Film4's amazing looking idents were created by Design and Motion Studio ManvsMachine, who are also behind another recent series of works for ITV2.

Reflecting on the recent ident rebrand and the jettisoning of the traditional ‘4’ figure, Chris Bovill and John Allison, heads of 4Creative, refer to most TV branding these days like "watching wallpaper; it’s pleasant but gets boring very quickly.”

Allison says the agency’s goal was to convey Channel 4’s broad content and when it came to Film4's new idents, the brief was “highlighting Film4 as a film channel that shows (and makes) a broad range of films”.

Another bold move in the evolution of the ident was made several years ago, when Channel 4 commissioned installation designers Jason Bruges Studio for new More4 live-action idents.

The studio built an installation for the idents across four different locations, two outdoor and two indoor sites. Their production design eventually won various awards for work that was "uniquely atmospheric" and "distinctively Channel 4". Bruges' creations ended up being some of TV ident history’s most memorable works.

Whether it is Lambie Nairn’s original set of idents for BBC2 or the ticker tape-inspired CNN newswire ident, these brief but mighty segments have time and again shown the ability to turn into trend-setting design gems, guaranteed to strike a chord with both the creative community and viewing audiences.

Channel 4's recent approach is just another sign that the power of the 30-second video could still increase.