Homegrown crew must ride the crest of Northern Ireland's wave

The Creative Media Skills HQ at Pinewood Studios is celebrating all the positive news pouring in regarding the film and television industry as 2015 gets under way.

But the one place we'd like to talk about specifically is Northern Ireland - burgeoning film location and home toÂ recent big hit productions such as Game of Thrones, Philomena, The Fall and this year's BAFTA winner (andÂ Oscar nominated) short film Boogaloo and Graham.

We want to talk about it because it is further becoming a location hotbed for high end television and extravagant filmmaking (Dracula Untold took with it a Â£45m budget to the parks, shores, mountains and sets of Northern Ireland). It's all thanks to tax breaks, rising popularity and a snowball effect, but we must mention that while this is all fantastic news for the province's industry it has brought with it a significant hurdle to overcome.

Finding enough local technical and craft crew to accommodate the big-wig ships sailing in has been a challenge, especially finding technicians that are trained appropriately to hit the ground running when a production gets going.
Â 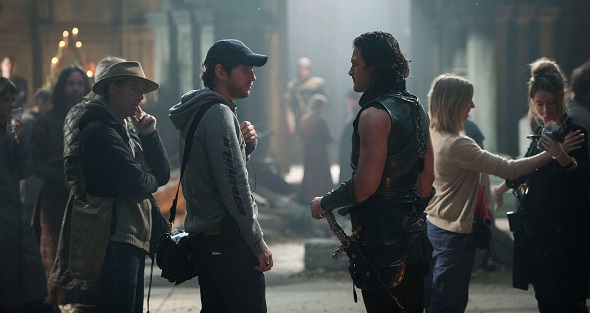 When the filming of Dracula and Game of Thrones season four clashed in the summer of 2013, the cracks revealed themselves when there weren't enough crew to go around. Roles had to be filled from outside; employment that might have otherwise gone to talented and driven locals. Something good followed. It gave the skills development and learning people in Northern Ireland a 'wake-up call', so said Ian Kennedy, Head of Stakeholder Partnerships NI for Creative Skillset.

This is where we come in. Creative Media Skills is part of the plan to turn around the previously missed breaks. We bring the best tutors (all experienced and respected HODs) to people who want to learn the specifics. We want to ensure that while there is still high unemployment in young people, and while there is an in-demand skills gap occurring in the NI film business, a fusion should take place that can benefit this growing sector of the economy and ambitious individuals alike.

Kennedy said: "We're delighted to have formed such a positive relationship with a training provider of true excellence - Creative Media Skills. Ailie Smith and her team really understand our needs here in Northern Ireland and the courses they've been running have inspired so many people to acquire new skills or take the skills they already have to a whole new level."

We're passionate about the effort to ensure high-calibre film and TV creators are able to employ homegrown talent for many years to come, and we urge local people themselves to grasp the chances they're fortunate to be faced with. And to the rest of the film world - keep 'em coming. Northern Ireland's workforce is ready!

With a single point of contact from enquiry through to end of production, using our services couldn't be easier. At location base facilities our fleet… more Call: 07445 521709   |   Add to Shortlist

With bases in both London & West Yorkshire, Coachstar are well placed to meet your Winnebago & Artist trailer Motorhome hire requirements throughout the UK.… more Call: 020 7112 1578   |   Add to Shortlist

Dry Box wardrobes fully dry your clothes with the need for a tumble dryer. Just hang your clothes up and leave them to dry without… more Call: 0161 707 6443   |   Add to Shortlist

Majestic RV hire and location facilities TV- FILM- MOTORSPORT We offer a professional first class hire service throughout the UK and Europe. Having many years… more Call: 07786 368210   |   Add to Shortlist