Not enough UK crew for next blockbusters? 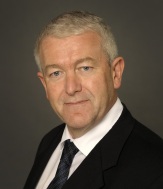 At the annual CBI conference, Pinewood Shepperton's chief executive Ivan Dunleavy spoke out on Monday (10 November) about his fears regarding the lack of skills in the UK to cope with an increase of big feature film productions.

He said the skills shortage - which currently rangesÂ from craft to high-end digital - would become very visible within 18 months.

Line producers already frequently complain that all skilled crew are too busy and that they have trouble finding the right people to work on their features. If this trend is set to continue it poses a big problem for the UK, which recently became one of the most competitive markets for Hollywood productions after the introduction of various tax incentives in recent years.

Speaking at the conference, Dunleavy (pictured) said: "The film industry is an exciting part of a thriving sector, delivering jobs, exports and a platform to promote Britain abroad. It also provides a large flow of inward investment and revenue to the Exchequer."

The studio boss warned that unless the UK looked ahead the skills shortage would result in missed opportunities for the country's cultural exports. One of the projects he mentioned was Star Wars: Episode VIII, which he announced will film in the UK.

He added thatÂ PinewoodÂ is already part of initiatives to deal with the issues, such as apprenticeship schemes and partnerships with various local colleges, but he stressed that the government needed to support this and provide possibilities for people to learn practical business skills which are applicable to the UK's creative industry.

Dunleavy also said that the government would do well to establish further co-production treaties with key emerging markets.
Â