Channel 4's Growth Fund is up and running 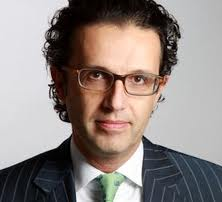 The scheme, which is overseen by head of fund Laura Franses in conjunction with the Growth Fund Advisory Board, will provide access to funding by taking minority stakes in the businesses.

The aim is for the fund to hold a varied portfolio, with each investment being weighed up as to its potential for growth as well as its value to the UK creative industry as a whole.

Commercial value was also a consideration, as any return on the broadcaster's investments will be ploughed back into more acquisitions and fund new content.

The four indies to benefit from this first tranche are: Arrow Media, Lightbox, Popkorn and True North.

Channel 4's chief executive David Abraham (pictured), who announced the news, said: "This is a significant moment for Channel 4 as we help support talented creative companies with our Growth Fund investments.

"I'm delighted that we've been able to invest in four diverse British independent producers and I hope both Channel 4 and the wider industry will benefit from their future success.

"This is just the start and we will be announcing more deals over the course of the next year."

Submissions are still open to independent producers as another investment round due to be announced in the spring of 2015. Interested parties should write to growthfund@channel4.co.uk.