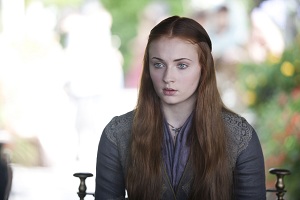 A major new feature about Mary Shelley is in the pipeline from US superproducer Rose Ganguzza, whose recent credits include Kill Your Darlings with Daniel Radcliffe.

The film stars Game of Thrones actor Sophie Turner as the dramatist and essayist whose famous creation Frankenstein became one of Gothic literature's most famous characters. Jeremy Irvine also stars.

The charming Ganguzza took time out to chat to The Knowledge about the project, which is setting up to shoot in the UK towards the end of this year.

Clearly the producer is delighted to have found a British actress to play the all-important lead: "Even though I'm an American, I think it's so important to get a British girl to play Mary - it's such a British role. It can be too easy in film these days to just go off and find a big American star but in this instance I really wanted her to be British".

Ganguzza feels similarly enthusiastic about her choice of director, another Brit, Coky Giedroyc, whose extensive experience includes Penny Dreadful. But it's not just the director's knowledge of the Gothic genre that impressed Ganguzza, who said "It was very hard to find the right director, someone who would keep the vision for the story, and Coky just got it straight away."

The film is not a straightforward period drama, and the monster is not "a horrific guy with bolts in his neck", Ganguzza explained. "He is Mary's alter ego, there with her from when she was a child. So it is vital the director gets the subtext."

With UK regional finance in the pipeline, Ganguzza is evidently excited about the project, and particularly about such a British story being told on these shores. Location scouting is underway, as are HoD appointments, so it all bodes well for a fascinating project.

Many thanks to Rose Ganguzza for her help in compiling this article.

More information on Mary Shelley's Monster can be found on Production Intelligence, our online database of advance and archive productions.