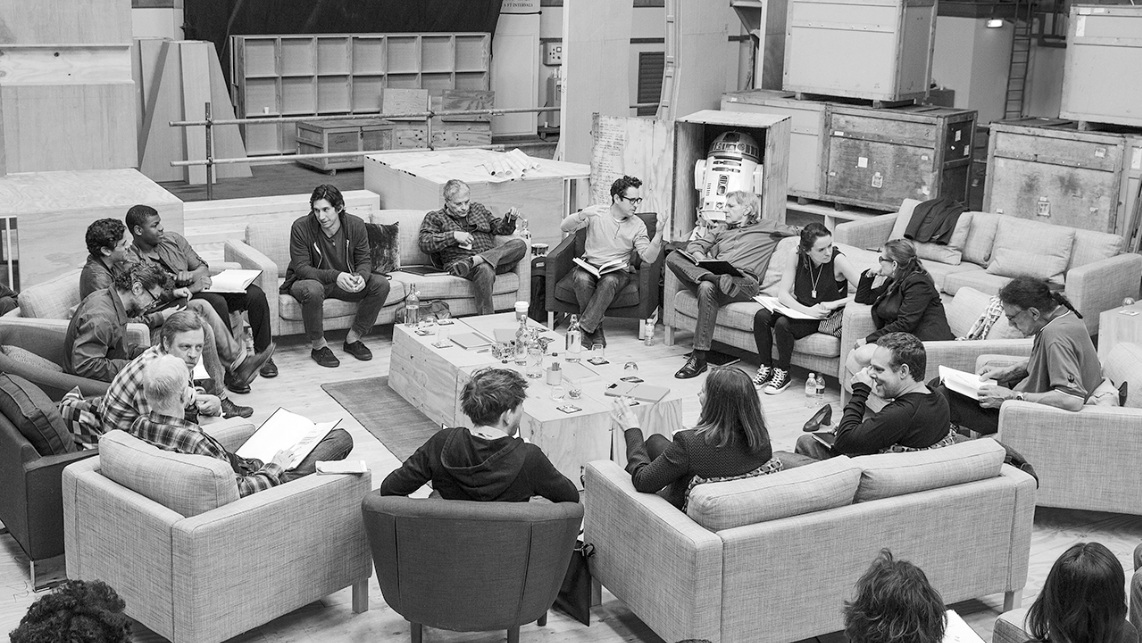 We can now put you all out of your misery as the official cast has been announced, and the UK is fielding a pretty strong showing with Brit actors John Boyega, Daisy Ridley and Andy Serkis all feeling the Force.

Irish actor Domnhall Gleeson is also on board, as are US actors Adam Driver (Girls) and Oscar Isaac (Inside Llewyn Davis), along with Swedish veteranÂ screen actor Max von Sydow.

And in case anyone was fretting about their childhood heroes from the originals not making an appearance, worry not - the Disney/Lucasfilm honchos have also confirmed that Harrison Ford, Carrie Fisher and Mark Hamill will be back, as well as C3PO (Anthony Daniels), Chewbacca (Peter Mayhew) and everyone's favourite astromech, R2-D2 (Kenny Baker).

Director J.J. Abrams said: "We are so excited to finally share the cast of Star Wars: Episode VII. It is both thrilling and surreal to watch the beloved original cast and these brilliant new performers come together to bring this world to life, once again. We start shooting in a couple of weeks, and everyone is doing their best to make the fans proud."

Abrams directs from a screenplay he wrote with Lawrence Kasdan. Kathleen Kennedy, Abrams and Bryan Burk are producing. Shooting begins next month at Pinewood Studios, with worldwide opening set for 18 December 2015.

Further information on Star Wars: Episode VII can be found on Production Intelligence, our online database of advance and archive productions.