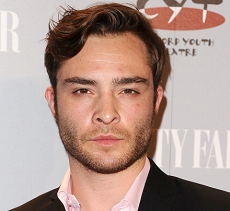 Filming is due to start in May on Bone in the Throat, starring Gossip Girl's Ed Westwick alongside fellow Brit, actress Vanessa Kirby.

The story centres on a young, up-and-coming sous chef (Westwick) who becomes entangled with the mob after witnessing his uncle commit murder. Mayhem ensues, as the young chef finds himself caught up between the criminal wiseguys and the law.

The feature is a big screen adaptation of the debut novel by acclaimed American chef Anthony Bourdain, transplanting the action from Manhattan's Little Italy to London's East End.

The screenplay is by Mark Townsend and Graham Henman; the latter - known for his commercials work - will also make his directorial feature debut.

Further information on Bone in the Throat, including the UK line producer and location manager, can be found on Production Intelligence, our online database of advance and archive productions.