Critically acclaimed international drama The Tunnel ended its series run just before Christmas. The Â£15m British/French crime thriller starred Stephen Dillane and ClÃ©mence PoÃ©sy, and was based on the 2011 Danish/Swedish hit The Bridge.

Made for Canal+ and Sky Atlantic, the production used many locations here and in France, including Folkestone and Calais.

Perhaps less well known is that one of the scenes in The Tunnel was filmed at The Underwater Studio in Basildon, Essex. We spoke to the studio's Geoff Smith about the shoot.

The Underwater Studio provides for all types of surface and underwater filming, with the team specialising in the latter for the last 17 years. Films and TV productions to have used it recently include Trance (Danny Boyle); Under the Skin (Jonathan Glazer); Fire in the Night (about the Piper Alpha disaster) and Britain & Ireland's Next Top Model.
Â 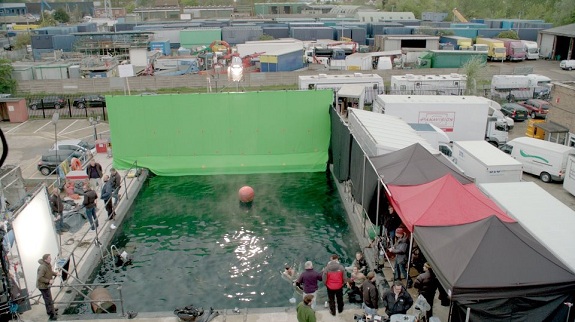 As Smith explains, the facility has a unique design feature. "There is a removable building which covers the underwater stage. Its mobility means that high board dives or any other high shots can be filmed, as well as filming through the water up at the sky. This really adds to the flexibility for crew when considering water shots."

This also makes it the only underwater stage in Europe which can be used as both an interior or exterior facility.
Â

The preliminary contact was made in early April, when first the production secretary and then the line producer made enquiries about the studio. The booking was confirmed in the middle of May, with the shooting day following just a couple of weeks later. Â The studio team had worked with the production company, Kudos, several times before.

The specific requirement for this particular production was for the water to look gloomy, as Smith explains.

"We murked up the water by using a special dye. Obviously, this had to be completely safe for the actors. Advice was given regarding medicals for the artists. Both cast members involved had to have a full HSE Diving Medical - exactly the same medical given to commercial divers in the UK."

The shoot lasted one day, with two cast members involved and approximately 20 crew. The scene appears in the fifth episode of the drama.

Everything went very smoothly on the day, which Smith ascribes to the "excellent team", including underwater DoP Mark Silk and underwater lighting gaffer Bernie Prentice.
Â 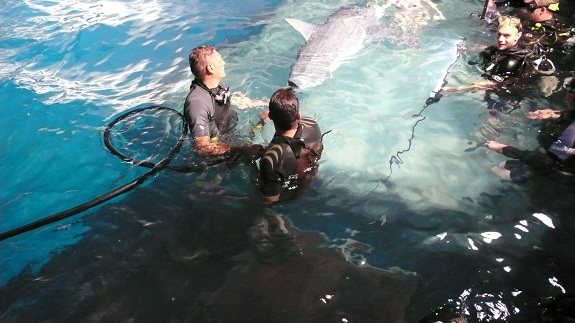 With thanks to Geoff Smith for his help in compiling this article.

Further information on The Tunnel can be found on Production Intelligence, our online database of advance and archive productions.