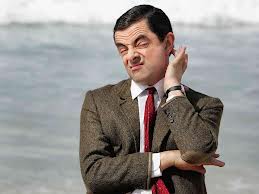 At a recent industry event it became clear that the UK's film commissioners could do with a laugh once in a while, stressing the need for quality comedy, as well as, to a lesser extent, family films.

"We like to laugh too, you know?" one of the UK's film commissioners said earlier this week, stressing that the level of comedy scripts coming her way was far lower than any other genre.

The panel, which gathered at the BFI earlier this week, started offÂ on a positive note, expressing that they had clearly seen an improvement in the quality of scripts in the last five to ten years. "Producers are more switched on and take on better writers," said Joe Oppenheimer, commissioning executive for BBC Films.

Other funders in attendance were Chris Moll, Creative England's head of film; Hugo Heppell, head of investments at Screen Yorkshire, Lizzie Francke who is a head of film at the BFI Film Fund and Katherine Butler, deputy head of film at Film4.

Butler agreed that both the quality and quantity of scripts coming in was far greater than ten years ago. But it was Butler too who later in the session stressed the need for more laughs and giggles, and to a lesser extent family films. Both genres she said were "very difficult to get right".

This sentiment was echoed by Francke and Oppenheimer who both said they would like to commission more quality comedy films as well as family films.

Francke also said that in the past few years she had seen a shift in documentary filmmaking. "I see new ways to have documentaries go out into the world," she said. "Much more often have they got theatrical ambitions."

Moll called on the industry to display more diversity, both in terms of crew as well as in actual storylines, saying he "didn't see enough of this" at the moment.