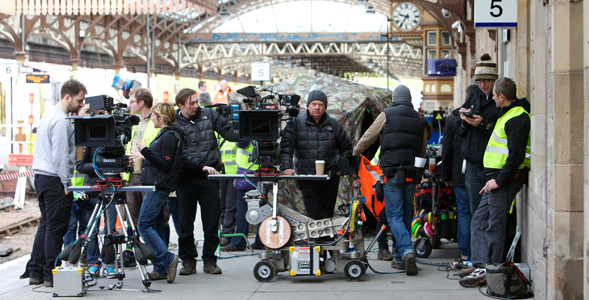 Hyslop highlighted the contrasting priorities and approach between Scotland and Westminster and said the Scottish film and television industry faced a choice between two futures, either go for pure economic gains or focus more on the intrinsic value of culture and heritage.

According to the Secretary, culture and heritage would flourish with independence. She compared the different choices Scotland was making with Westminster, which, according to her, aimed primarily on economic gains.

The Â£2m loan fund will aim to support the long term development of production infrastructure for commercial film and television in Scotland.

Hyslop also revealed that, in the next few weeks, the Scottish government will launch details of a new Youth Arts Strategy including new facilities and opportunities for young people.

"The Scottish government does not look at our cultural life and our heritage as if they are merely products that can be bought and sold. While Westminster funding for arts and culture will be cut by 20% in normal terms over the course of the UK parliament - we are protecting budgets and supporting the arts, culture and heritage wherever we can."

Hyslop also said that she felt Scotland was already competing as a location on the international stage and that demand from film and television companies would continue to grow apace. "Scotland's unique scenery, heritage locations and excellent crews are already proving a strong draw for producers.

"This investment will also be utilised by the film studio delivery group - involving Scottish Enterprise and Creative Scotland - that I established in May to develop proposals for new film and TV production facilities in Scotland. We want to maximise the benefit of tax reliefs to Scotland and with this in mind, the delivery group is examining how film and television production facilities can be further developed."