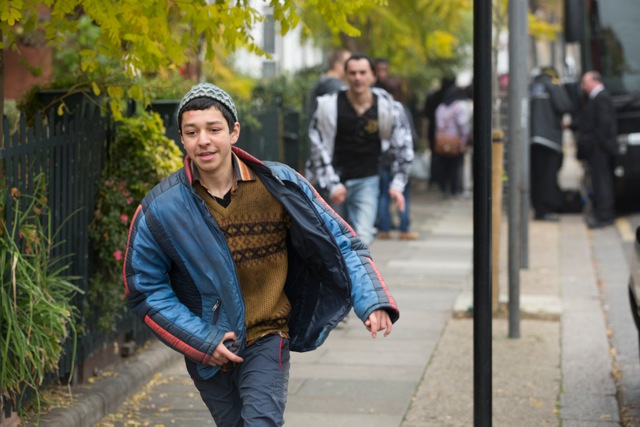 Writer/director Bruce Goodison has been out and about during the BFI London Film Festival promoting Leave to Remain - his fictional feature debut. We caught up with the charming auteur over tea at the May Fair Hotel in central London where he shared his thoughts on working with unknowns, how the events of 9/11 have shaped his career, and his plans for the future.

Goodison's body of work to date includes docu/drama Bin Laden: Shoot to Kill; My Murder, a drama about the 'honeytrap' killing of Shakilus Townsend for BBC3 and Wall Street, a documentary for Channel 4's Cutting Edge series.

Leave to Remain is a low budget, London-set drama with universal themes of trust, betrayal and fear. But it is also very funny in parts, perhaps unexpectedly so given the subject matter of teenage asylum seekers. With a soundtrack by Alt-J, it stars Toby Jones (Berberian Sound Studio, The Hunger Games: Catching Fire) and Noof Ousellam (The Devil's Punch Bowl, Extraordinary Rendition).

A cast of unknowns

Goodison gets some remarkable performances out of his young cast, most of whom were under 18 and had not acted before. It was a drawn out process, as the director explained.

"I couldn't immediately find the cast I wanted, and certainly didn't want to get involved in an X-Factor style hunt. So I started running courses and found somewhere between a dozen and 20 young people with the ability I was looking for."

"We trained the actors ourselves, using a technique that was all about helping them understand the emotional temperature of the film. Then, as production drew nearer, we feathered in a team of professional actors to work with them - a kind of workshopping process."

The director then went about picking his cast of non-professional actors. They went on to work alongside BAFTA-nominated Toby Jones, and Noof Ousellam, who already had some film and TV work under his belt. The impact on these two professional actors when working with an inexperienced cast was striking: "The professionals had to 'unlearn' some of their more actorly tics", said Goodison. "They were profoundly impressed by the level of discipline from the 'non-actors' in the cast." 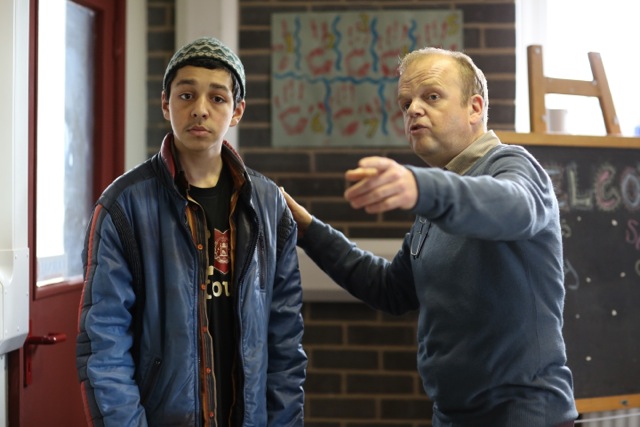 It is a seamless mix; in the finished film you cannot see the joins between the non-actors and the professionals.Â  We were surprised to learn that even the interpreters in the film were played by real Home Office staff, not actors.

Toby Jones joined the project very early on; he had loved it from the get-go. It was something of a reunion for the actor and director, having previously worked together on 10 Days to War, a series of short dramas shown in 2008 on BBC Two to mark the fifth anniversary of the invasion of Iraq.

In Leave to Remain, Jones plays Nigel, a deeply committed mentor, teacher and personal supporter of the teenage asylum seekers. Goodison wrote the role based on a real person and soon realised Jones was exactly the right fit. "I suppose I was a little reticent at first about casting Toby as Nigel, feeling he could be a perhaps a bit too measured and disciplined for