Clothing giant H&M have been drip feeding pictures of David Beckham via Twitter and Instagram as the footballer films their new spring campaign in east London.

With the campaign not due out until next year, you don't have to be an expert to recognise that this is a very clever marriage of social media and one of the most marketable men in the world.

It's a great idea - to allow snapshots (literally) of the sporting hottie to filter out on the internet in a controlled way, thus creating a buzz months before the actual campaign is released - as long as the momentum can be maintained.

How far in advance can a marketing campaign work while still sustaining interest? It's a fine balance: to tweet teasers, trailers and tasters ahead of time, implying that there is a great product worth sharing, but you can't have it just yet.

Quite a leap from one of the most well-documented early Twitter success stories: the bakery in east London which tweeted whenever a fresh batch of their sought-after loaves came out of the oven, prompting a stampede of hipsters to rush to get their daily bread - a clear example of instant gratification.

And talking of instant gratification, we could hardly write about the Beckham campaign, which is produced in-house by H&M Redroom, without including pictures of the man himself, now could weâ€¦
Â 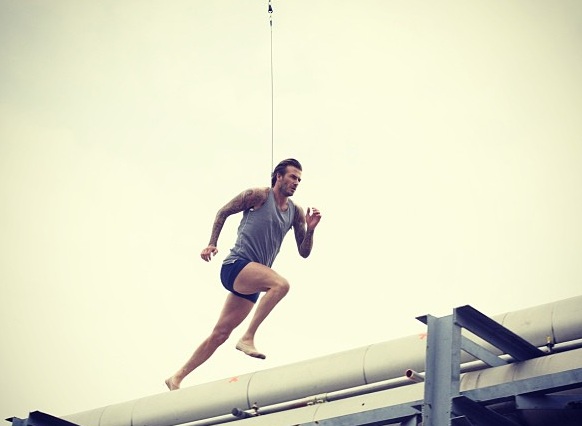