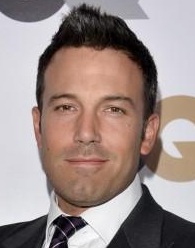 Ben Affleck has been cast as Batman in the forthcoming Man of Steel sequel. Set for a summer 2015 release date, the caped crusader will take on Superman for the first time in film.

The 41-year-old Oscar-winning actor and director takes over wearing the famous cowl from Brit actor Christian Bale, who last played the character in The Dark Knight Rises.

Man of Steel director Zach Snyder will helm the project, which is expected to go into production early 2014. Henry Cavill will reprise his role as Superman, and the film will reunite stars Amy Adams, Laurence Fishburne and Diane Lane.

Warner Bros. president Greg Silverman said: "We knew we needed an extraordinary actor to take on one of DC Comics' most enduringly popular super heroes, and Ben Affleck certainly fits that bill and then some."

"(Affleck) has the acting chops to create a layered portrayal of a man who is older and wiser than Clark Kent and bears the scars of a seasoned crime fighter, but retain the charm that the world sees in billionaire Bruce Wayneâ€¦ I can't wait to work with him." Said Snyder.

It's not the first time Affleck has played a superhero - he starred as a blind vigilante in 2003's Daredevil.

What do you think of Affleck playing the caped crusader? Can he do Batman justice? Or should he remain in the director's chair? Let us know what you think by commenting below or via our Facebook page