Are we an equal industry? 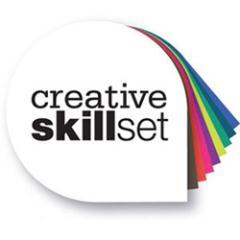 It's good news for the total number of people working in the creative industries. The figure has risen despite the difficult economic landscape that we have found ourselves in over the past few years. There are about 4000 more people in regular employment and roughly 6000 more working freelancers.

The census, which is carried out every three years, gathered information through a questionnaire, which received 832 responses from both major employers as well as from smaller companies.

As a woman working in film and television and as a member of WFTV, I am also very glad to announce that where it concerns gender equality, the number of women working in television, and particularly in the indie sector, is increasing.

The census revealed a less nice picture for the number of black, Asian and minority ethnic groups (BAME) working in the industry, showing a figure that has fallen from 12,250 in 2009 to 10,300 in 2012. BAME workers are now making up 5.4% of the total workforce, 2 percentage points lower than six years ago. Let's hope the UK situation doesn't get as bad as in the US, where programmes like this, are needed to ensure ethnic minority groups have a chance to work in the creative media industries. A great project by the way but sadly set up due to the wrong reasons.

When it comes to local diversity in the UK regions, the picture is more optimistic, with levels of employment increasing in Wales, Scotland and Northern Ireland and the South East and South West of England.
Â

What are your thoughts or experiences when it comes to employment matters? Let us know your views below, or via our Facebook page.
Â