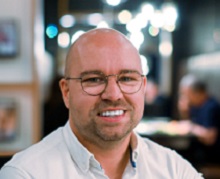 Founded 10 years ago, Screen Facilities Scotland (SFS) is affiliated to the UK Screen Alliance, and represents facilities and services companies working in the screen and media industries in Scotland.

Other high-profile screen-sector companies moving to Pioneer’s new campus include Facilities by ADF, whose new branch there signals their expansion into the Scottish market.

The intention is for Pioneer to become a centrally accessible filmmakers’ hub. You can read more about the facility in our Q&A with digital director & co-founder of Pioneer Film Studios, Jamie McCoy (pictured above), first published in May. 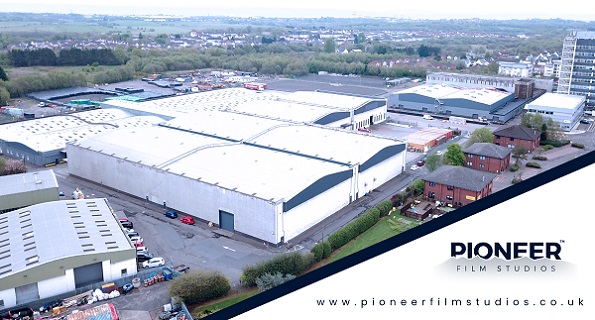 McCoy said: “We’ve worked with Ian [Pearce] and the members of Screen Facilities Scotland since we opened our doors back in April 2022. It’s hugely important that Scotland is able to readily showcase the infrastructure, crew, cast, services and facilities companies that we have available.

“When speaking to national and international productions as a studio it’s incredibly valuable to them to understand what Scotland has to offer as these form a key part in their decision in selecting Scotland for their production.

“Part of our core mission here at Pioneer is bringing the industry together on site and having a physical location where the whole supply chain can base from and grow their businesses collaboratively, building a community at Pioneer Film Studios is made possible with the addition of Screen Facilities Scotland HQ on site and we can’t wait to continue to work together for Scotland.”

"As one of the few remaining emerging markets, Scotland has a lot to offer on the global stage and we’re committed to evidencing that. Screen Facilities Scotland is a community of companies who work together to both grow our own individual businesses and collaboratively support and grow the Scottish industry.

“Relocation of our headquarters to Pioneer Film Studios makes a lot of sense for us because we all share a vision for Scotland and the industry, with a site this large it’s an excellent location to build a physical community for the industry which we’re delighted to support and grow together”

Location One opens at Longcross and Bridgend

Facilities by ADF has announced that Location One, which the former acquired in December, has opened branches at the group’s new operational base at Longcross and Bridgend.

The Killing Kind films at Bottle Yard, Bristol and London

The latest original UK drama commission for Paramount+’s burgeoning slate, The Killing Kind, has begun filming at the Bottle Yard Studios and on location in Bristol with the assistance of the Bristol Film Office. Filming will later move to London.

Modern fatherhood to be tested in C4 survival series

Channel 4 has commissioned a new documentary series that will put modern fathers’ parenting to the test in wilderness survival situations.

CHNO - The chemical formula for caffeine! CuppaCHNO is a bespoke film and TV craft services operating out of a vibrant, colourful converted horsebox. We… more Call: 07535 823590   |   Add to Shortlist