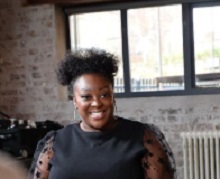 The accelerator programme - launched last year - was set up in partnership with The TV Collective to form a new approach in working with more production companies where the main shareholders, the leading decision-makers or the creative leaders comprise those from a Black, Asian and ethnic minority  background.

Through the Indie Accelerator the companies will get leadership coaching led by industry coach Remy Blumenfeld, as well as being assigned a Channel 4 commissioning editor to work with throughout the year, who will help them develop their slate of ideas and advise them how to navigate Channel 4’s commissioning processes.

Naomi Sesay, Channel 4’s head of creative diversity said “The Indie Accelerator is a vital part of our commitment to ensuring that diversity is integral to commissioning, and we are pleased to be working with The TV Collective again in this second iteration of the programme. The selected indies all bring talent and originality to the table, and we’re excited to start working with them and supporting their journey to become thriving and more sustainable businesses.”

The  companies who were successful in the first outing of the partnership have gone onto win a number of new commissions.  Afro-Mic have delivered Dream Life for the Same Price and daytime format Ireland, Coast and Country. Cardiff Productions is making the second series of Unapologetic with SBTV and have other projects in development with Channel 4.


Douglas Road has made Judi Love: Black, Female and Invisible (pictured). Milk First’s Yorkshire Cop: Police, Racism and Me will TX in October; Ranga Bee has finished Jon & Lucy’s Christmas Sleepover. Uplands TV made Race and Medical Experiments, What’s the Truth? which was shown last year. They have recently delivered Tony Robinson’s Museum of Us for More4 which will go out later this month. In addition, Renaissance Studios have been commissioned as part of Channel 4’s digital talent search.