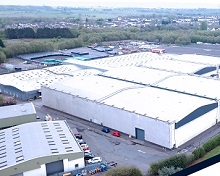 Can you fill us in a little about the background of your facility?

Pioneer Film Studios is a self-funded business, with a core management team of 4 and a founding investor. After months of various site visits both considering a purpose-built studio space and conversion of existing spaces we landed on the current site and worked with the current owner to get a deal in place.

The site of the studios is an old whisky distillery (Black and Whyte Whisky) which goes back over 100 years.


In 1885, James Buchanan, spotting an opportunity in the market to capitalise on a UK Wide business opportunity from a Scottish base, worked with W P Lowrie & Co to create Black and White Whisky.

Buchanan marketed this so successfully into the English market it became the best-selling whisky in England, even supplying the House of Commons & Queen Victoria. The brand has also featured in many film and TV productions, including two James Bond films and US TV comedy Cheers.

By 1906 James acquired Buchanan Gate (now Pioneer Film Studios location) in its entirety, evolving the location to maximise its potential and realising his dream.

What would you say are your studio’s standout offerings?

Our studio’s standout offering is the unbelievable location and space available, with immediate (0.4miles) access to one of Glasgow’s major motorways, several major hotels on the doorstep, 9 floors of office space (with further office space available), parking, on-site facilities like childcare and wellbeing/beauticians and more.

By completion of the works the site in its entirety is around 650,000 sq ft, we’ll have the main Stage 11 which is 30,000 sq ft with six further stages of 18,000 sq ft, lots of supporting workshop spaces and generous hardstanding yard space. 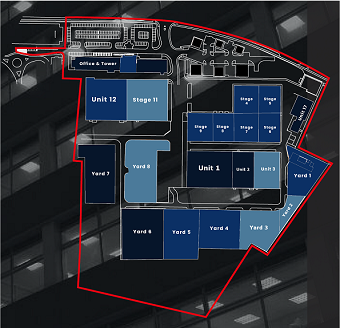 Is it the only/first Scottish studio that has a tie-in with The Wonderworks [on-site childcare provider], and how important is that collaboration?

This is indeed the only Scottish studio with a Wonderworks connection and one of the few in the entire UK to have childcare facilities on site.

When we set out on our mission to create the studio, the focus was around using the studio to do good for the crew, cast and surrounding community.

We have a Community Interest Company which is designed to run training and industry pathway programs, and working with Charlotte [Riley, co-founder of Wonderworks] and The Wonderworks helps us achieve our goals of supporting families in the industry. It’s very important to us to do this because it’s the right thing to do and that’s a core pillar of Pioneer.


Covid threw most industries into disarray for a long time, but it seems now everyone has adopted a sensible style of working.

It’s not often you see anyone in Scotland in spaces with others and not wearing masks; sanitiser has never been more popular! Between this and keeping within operational bubbles really does help limit the risk posed by Covid.

It’s hard to say how this will adjust in the long term but despite measures easing across the UK, we see that most who come to visit us still stick to masks, sanitiser and keeping a sensible distance where possible – that’s about as safe as we can be at the moment.

Can you tell us a little more about the five-year expansion plan and how it is being funded?

We officially opened our doors this year and have studio, office, workshop and yard space all available and being considered by several productions already.


The five-year plan is a longest-case scenario, we expect to deliver the full expansion within the next 2-3 years, which is fully self-funded and self-executed. We did hold several meetings in the early stages when looking for some support on getting the studio launched but unfortunately we didn’t find any so we went on our own and made it happen ourselves.

How do you see the future of production in Scotland? Especially with the rise and rise of inward investment?

The rise in inward investment is understandably exciting, we’re seeing more and more global productions select Scotland as a location which is fantastic.

Our mission is to use this boost in focus on the nation to drive the vision of Scotland as being more than just a location and becoming the home for large productions with the increase of studio spaces like Pioneer.


The increased activity opens up many avenues to train and retain Scottish cast and crew and through Pioneer Creative (our CiC) we have a program of work in the pipeline to deliver everything from production crew to industry project coordinators, accountants and trades people, so we can nurture the grassroots of the industry and help Scotland establish and grow our full film making industry from the ground up. 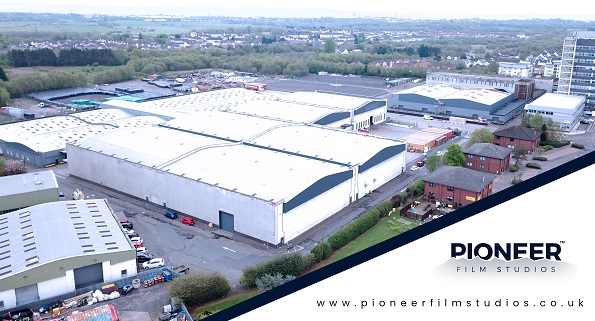 With many thanks to Jamie McCoy and all at Pioneer Film Studios.