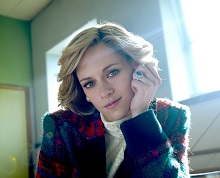 Pablo Larrain’s feature about Princess Diana, Spencer, is now filming its final stint in the UK, having been based in Germany since shooting began earlier this year.

The film focuses on one weekend in the life of the late princess, as she spends the Christmas 1991 holiday with the royal family at the Sandringham estate in Norfolk, and decides to end her marriage to Prince Charles.

Stewart stars as Diana, alongside a supporting cast including Jack Farthing as Charles, Timothy Spall, Sally Hawkins and Sean Harris.

Larrain directs from a screenplay by Steven Knight; the producers are Juan de Dios Larraín for Fabula Films, Jonas Dornbach and Janine Jackowski for Komplizen Film and Paul Webster for Shoebox Films.