A huge thank-you to the UK production industry 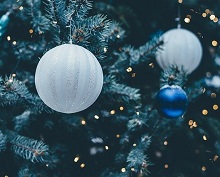 We wanted to send a message to all our readers to wish them a very happy and healthy holiday. But I felt that a simple Season’s Greetings wasn’t going to cut it this time around. It’s not been a simple year.


Where to start when reviewing 2020 through the lens of the film and TV industry? How to sum up the colossal impact when production fell off a cliff in March, as the lockdown brought everything to such an abrupt halt?


Around that time, I wrote a blog about how, when the bounce-back came, it would be fast-moving and robust, largely due to the fact that the UK production industry is just too big and important a beast to lie down and roll over.


Yet I had no idea then of the resilience, imagination and sheer effort that would be displayed over subsequent months.


Costume teams called upon their skills to produce medical scrubs, VFX firms used their 3-D printers to produce PPE and art departments fitted out new screens to create mini-hospital wards. Much of this work was done for free by people - many of whom are listed in this directory - who were, at the time, desperately insecure about their own futures in the industry.


Confidence started to build again when the BFC’s vital safe-filming guidelines were greenlit in early June. And when the government confirmed the insurance backstop in July, productions started re-assembling at top speed, with fully-trained Covid supervisors in place and crew adhering to new, strict rules, both on and off set.


We have always known why the UK production industry is so well-regarded: the world-class crew and studios, the amazing locations, the tax breaks on offer, to name but a few of the attractions.


But the adaptability, positivity and level of support that have been shown over the past, very difficult year, is outstanding. Mettle has been well and truly tested, and has passed with flying colours.


If this sounds like a paean to the UK production industry, that’s fine. That’s exactly what it is.