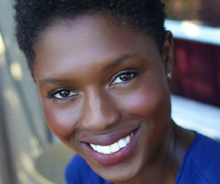 Fable Pictures is working on a major new three-part drama for Channel 5 about Anne Boleyn, which subverts the conventional historical drama genre by playing it as a psychological thriller.

Jodie Turner-Smith will play the Tudor monarch in Anne Boleyn, which will explore the final months of the queen as told from her own perspective.


The psychological drama follows her as she struggles to survive, to secure a future for her daughter, and to challenge the powerful patriarchy closing in around her. The supporting cast includes Amanda Burton, Paapa Essiedu, Thalissa Teixeira, Barry Ward and Jamael Westman.

Newcomer Eve Hedderwick Turner has penned the 3 part mini-series, which will be directed by Lynsey Miller.

Faye Ward and Hannah Farrell, creative directors, Fable Pictures, said “Eve’s drama challenges all the conventions of who we think Anne Boleyn was and shines a feminist light on her story. We’re absolutely thrilled to have the magnetic Jodie Turner-Smith on board to encapsulate Anne’s determination to be an equal among men and to pave a path for her daughter.

“We feel that history has side-lined the voice of this ambitious Queen in favour of the men who brought her down, and that Lynsey Miller’s beautiful, intimate vision will put Anne’s gaze at the heart of the piece.”

Turner-Smith added: “I am so excited to join these exciting filmmakers in bringing the story of one of history’s most controversial queens to the screen. Delving deeper into Anne Boleyn’s immense strengths while examining her fatal weaknesses and vulnerabilities, Eve’s scripts immediately captured my imagination.

“In the hands of Lynsey Miller, the legend of this formidable queen and fierce mother will be seen as a deeply human story that is still so relevant for today. I look forward to bringing my heart and spirit into this daring retelling of the fall of this iconic woman.”