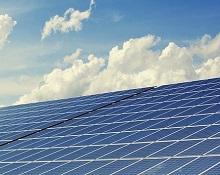 The BFI’s Research and Statistics Fund, the BAFTA-led consortium albert and Arup, have collaborated on a new report that lays out steps needed to help film production move to net zero emissions by 2050, in line with government legislation.

‘A Screen New Deal – a Route Map to Sustainable Film Production’ is the first of its kind in the UK and lays out key areas where improvements need to be made, including in production materials, energy and water use, studio buildings and facilities, studio sites and locations and production planning.


Engineering and design firm Arup carried out the research by analysing more than 19 productions that filmed in the UK and US over the last five years. Tentpole films – those with budgets of $70m or more – were chosen as they were likely to have the largest carbon footprint.

The UK screen sector is growing at enormous speed, with more than £3.6bn spent on film and HETV production in the last year. The study found that, on average, a tentpole film generates 2,840 tonnes of CO2e, the equivalent of 11 one-way trips from the Earth to the moon.

The carbon footprint from accommodation used on a production is equivalent to the use of electricity by 34 homes for one year.

Pippa Harris, chair of the albert Film Forum and producer at Neal Street Productions, said: “This report is being published at such an important moment for our industry. We have all felt the devastating economic and cultural effects of the pandemic, so now is the time to regroup and come back stronger.


"We cannot continue to create films in the same manner we did before with no long-term plan for the environment around us. It's time for our industry to lead the way both on and off screen and rebuild for a cleaner, greener future."

Harriet Finney, director of external affairs for the BFI, added: “Our film and screen production industries are facing an undeniable period of change as we enter a world which is responding creatively and economically to harsh impacts of the pandemic.

“Commissioned last year, the purpose of this report by Arup was to share innovation and knowledge and help kick-start a more sustainable production ecosystem.


"Arriving now – just as productions restart and introduce new ways of working on set and on location – there is an opportunity to consider how we create efficiencies in our approach to materials and resources and learn how innovation is working for other industries.”