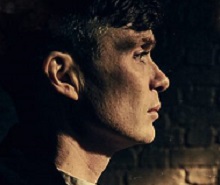 A new initiative to boost the screen sector in the West Midlands has launched with Peaky Blinders creator Steven Knight among the supporters.

Create Central has been developed with several agencies and organisations including the BFI, ScreenSkills, UKie, Creative England, The Creative Industries Federation and PACT to build on the region’s existing talent.

Knight’s backing is a high-profile marker for the area’s creative industries – he is currently planning the construction of a six-stage, state-of-the-art filming facility near Birmingham called Mercian Studios.

Knight said of the new scheme: “The West Midlands will be the big new everything in European film and television production.

“It will be bigger and better and the people who make the region what it is will be nurtured and inspired to make great moving image content. Watch this creative space.”

Mayor of the West Midlands, Andy Street, also chairs the West Midlands Combined Authority, which he said will work with Create Central to provide training for more people to work in the film, TV and games industry.

He commented: “Create Central will harness the talent of the brightest and best people within the industry so we can turbo charge our creative sector and lead the way once again.”