A Gift From Bob to film early November 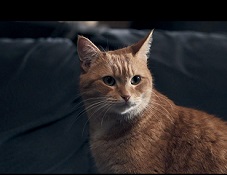 A sequel to the 2016 film, A Street Cat Named Bob is gearing up to film in London early next month.

A Gift From Bob will be directed by Charles Martin Smith from a screenplay by Garry Jenkins; the producers are Adam Rolston, Tracy Jarvis and Stephen Jarvis.

Andrew Boswell, Nat McCormick and Brian O’Shea are among the executive producers.

A Street Cat Named Bob, which starred Luke Treadway, was based on a book of the same name and The World According to Bob by James Bowen.

It went on to win Best British Film at the UK National Film Awards in March 2017 and grossed around $18m worldwide.

Production Intelligence subscribers can log in for more details on A Gift From Bob including the studio, shoot dates and key HoDs on board.