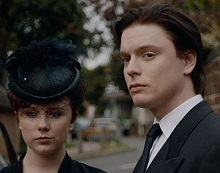 The story surrounding the infamous Bamber murders that took place in 1985 is to be dramatised in a six-part ITV series from New Pictures.

In August that year, five members of the same family were killed at an Essex farmhouse. Eventually, Jeremy Bamber was convicted of the murders of his parents, sister and nephews.

Bamber, who still maintains his innocence, is currently serving life imprisonment without the possibility of parole.

The drama has been made using interviews and already-published accounts of the events.

Writer Kris Mrksa said: "This is an incredibly compelling true crime story, but it's the human dimension of these events that gripped my imagination, particularly after reading Colin Caffell’s book.

“So much discussion of the case has focussed on contested legal details, but I wanted to tell this story in a way that did justice to the devastating emotional truth of what happened.”