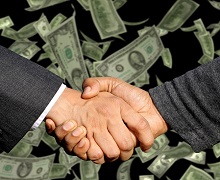 The event will give attendees a detailed analysis of the challenges and opportunities in the fast-changing landscape of film and high-end TV finance in the UK.

The forum will take place at Everyman Broadgate in London on 5 December 2019.

It will feature high-profile speakers and panels sharing insight on topics such as:

• How the independent sector can work with streamers

The forum will also feature an industry keynote speaker (TBA) and a producers panel featuring some of the UK’s most successful producers discussing where they see the opportunities and challenges ahead.

This article was first published on Screen.

Channel 5 has ordered two series presented by Kate Humble – a new show based around life on her Wye Valley farm and a return of A Country Life for Half the Price.